Refining US Strategy in the Mediterranean

Principled Realism and the Monroe Doctrine

Securing the Border while preserving the Constitution and American Exceptionalism

Towards a new American Grand Strategy based on principled realism

The Way Forward with Putin and Russia

The Spirit of Philadelphia

Millennials Will Step Up

How we can “drain the swamp”

A Season of Life Lessons

Restoring the greatness of the Hudson River

My take on Afghanistan

“The Path Forward on North Korea”

“The Path Forward after Charlottesville”

My latest book,  Rally Point: Five Tasks to Unite the Country and Revitalize the American Dream

My first book, Securing the State: Reforming the National Security Decision-Making Process at the Civil-Military Nexus 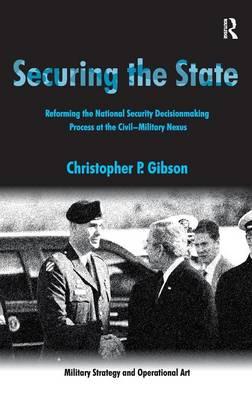 Book Reviews of Securing the State

My interview on the way forward in Afghanistan with Eric Shawn, Fox News

My interview on the way forward with Iran with Laura Ingle, Fox News

Some of my military awards and decorations include: two Legions of Merit, four Bronze Star Medals, the Purple Heart, the Combat Infantryman’s Badge with Star, the Expert Infantryman’s Badge, the Master Parachutist Badge, and the Ranger Tab.  In addition, the units I commanded earned two Valorous Unit Awards for combat actions in Iraq and the Army Superior Unit Award for humanitarian service in Haiti following the devastating earthquake there in 2010.

Catholic University/Center for the Study of Statesmanship

Covid-19 is an ongoing concern in our region, including on campus. Safety measures are in place, and campus community members and guests are additionally advised to take personal precautions. See the college's Covid-19 website for information about campus policies. For the latest research and recommendations from the CDC, visit cdc.gov/coronavirus.